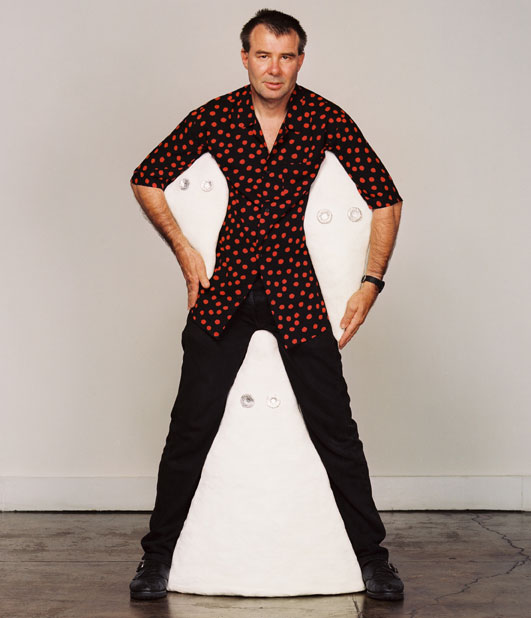 Your shows at Miller Durazo? “Killer Rainbows. I mostly remember random openings. It was a nice gritty time to get together with other artist and complain, dialog, plan and socialize. It was more like an art club.

“Life was bleak in the mid-nineties. I was teaching for low income and the future did not look promising. Things got much better as we approached the millennium. I was making “Pet Space” sculpture and photos. This included the colorful and grayscale rainbows. Content oriented.” How has your art evolved now? “Same, just more edgy content. 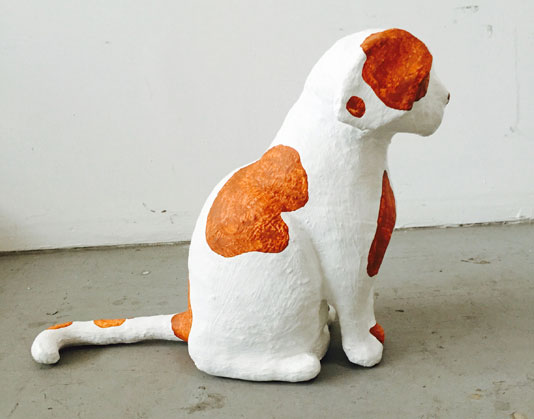 “Miller Durazo filled an alternative niche, like the “One Night Stand” shows we were doing at the Farmer’s Daughter Motel on Fairfax. (A series of rooms were rented for curated artists to exhibit their work.) There were about six or seven alternative for-profit spaces at the time.

This article originally appeared in Artillery Magazine & part of the essay “Past and Present: LA Art in the 90s”